The basis of the 5D cinema is a hydromechanical dynamic platform with up to 7 anatomical seats. Platforms are installed in front of the screen and create an effect of presence by the spatial movement of people in the chair.

VR has been used as a form of stress management and even pain management in a number of scenarios, from diagnosing and treating anxiety to dealing with PTSD.

A 2006 study found that pairing indoor exercise with a VR headset produced calming effects, which were even more calming than exercising outdoors among nature. Therefore, one way to deliver VR experiences might be to combine the technology with exercise.

Astronauts already have to exercise for two hours every day to combat the muscle deterioration experienced in microgravity. Instead of staring at the wall of their spacecraft, they could go on a jog through a forest, a park, their hometown, or anywhere really. 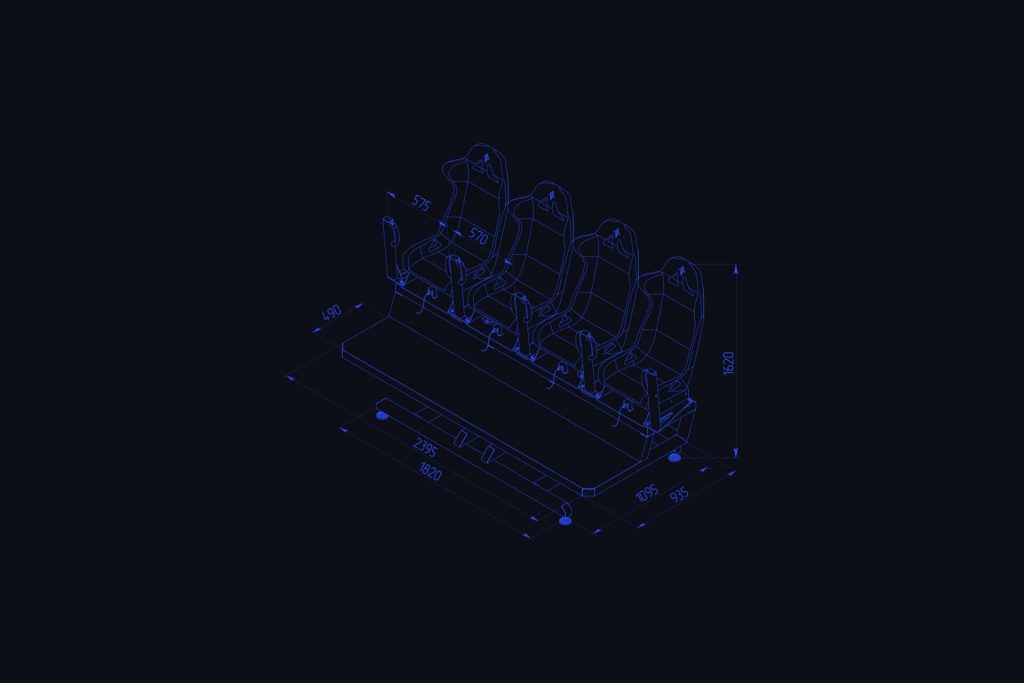 Non-standart combination of simulator and goggles hanging you around.

Enjoy experience shorties about everything, handcrafted by our engineers with love.